The programme of the 31. International Theatre Festival Divadelná Nitra 2022 was prepared by the main programme curators’ team and accompanying programme dramaturge, together with festival director Darina Kárová. 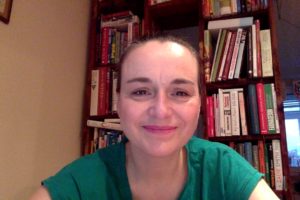 Martina Vannayová, foreign programme section curator
Mgr. Martina Vannayová graduated in theatre studies and dance theory from the Academy of Performing Arts in Bratislava in 2001. In 2006 and 2007, she completed two scholarship programmes in Germany (DAAD, Robert Bosch Stiftung). She worked as an academic editor at The Theatre Institute and as a radio play dramaturge at the Slovak Radio. She went freelance in 2014 and is now active in academic editing, translation and dramaturgy. She co-authored the following anthologies for Theater der Zeit publishing house in Berlin: Durchbrochene Linien. Zeitgenössisches Theater in der Slowakei (2007), Landvermessungen : Theaterlandschaften in Mittel-, Ost- und Südosteuropa (2008), Parallele Leben = Parallel Lives: Ein Dokumentartheaterprojekt zum Geheimdienst in Osteuropa (2014). She translated numerous academic texts and plays from German and Slovenian (e.g., D. Loher, N. Haratischwili, B. Studlar, R. Schimmelpfennig, S. Semenič). She is curator of the foreign programme section at ITF Divadelná Nitra since 2004. 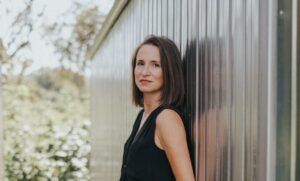 Mária Danadová, Slovak programme section curator
Mária Danadová is a puppeteer, performer and director. She studied puppet theatre at the Academy of Performing Arts in Bratislava and Prague. In 2020 she earned a PhD at the Theatre Faculty of the Bratislava Academy. She collaborates with several theatres and independent companies, including Pôtoň Theatre (Emperor of America, Miracles), Honey and Dust (Beauty and Filth, Dark night +/– Paintings for deer), the Bratislava Puppet Theatre (Mauglí, Invisibles), and others. She is a long-time tutor of the workshop ‘From corporeality to material and back’, exploring the subject – object relationship and developing creativity and creative thinking through work with the object. Since 2011 she is an editor and director of literary-dramatic art for the Slovak Television. With Monika Kováčová, she is artistic director and performer in the independent theatre company Odivo. Mária Danadová has garnered several awards at international festivals (Poland, Bulgaria, Bosna and Herzegovina, Serbia, Croatia, Czech Republic), a nomination for the DOSKY Theatre Award 2019 for her concept and direction of Inivisibles in the category Outstanding Achievement in Drama. 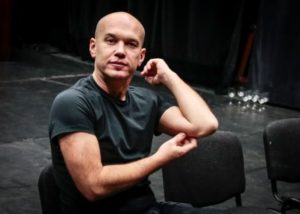 Ján Šimko, foreign programme section curator
Mgr. Ján Šimko, PhD. is dramaturge of the foreign programme section at the International Theatre Festival Divadelná Nitra since 2004 and has also curated its international projects middentity and Parallel Lives. He graduated in theatre studies from the Theatre Faculty, Academy of Performing Arts, and in psychology (Master’s) and aesthetics (PhD) from the Faculty of Arts, Comenius University in Bratislava. He completed internships at the Faculty of Arts, Charles University in Prague. Since 1999 he is theatre editor for the magazine Vlna and Drewo a srd publishing house. He creates original productions in theatres across Slovakia (Studio 12 in Bratislave, Stanica Žilina-Záriečie, Tabačka Kulturfabrik in Košice, State Theatre Košice) and the Czech Republic (Komedie Theatre and A-Studio Rubín in Prague, Drama Theatre of Ústí nad Labem, J. K. Tyl Theatre in Plzeň). He also authors radio plays (RTVS). His theatre and radio production have earned awards within Slovakia and internationally (Grand Prix Nová dráma/New Drama, Grand Prix Nova Bukurešť, Prix Europa Berlin). He translates from English and German. 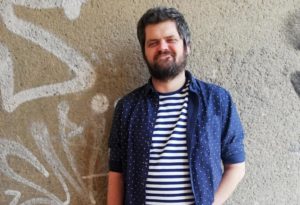 Miroslav Zwiefelhofer, accompanying programme dramaturge
Mgr. art. Miroslav Zwiefelhofer graduated in theatre studies from the Theatre Faculty of the Academy of Performing Arts in Bratislava in 2011. In 2010 – 2014, he was member of the board for foreign theatre at ITF Divadelná Nitra. He was also part of the dramaturgical board of Nová dráma/New Drama Festival (2013) and is a judge of amateur theatre shows. He is active in theatre criticism and publishes reviews in, among others, the journal kød – konkrétne o divadle, on mloki.sk, monitoringdivadiel.sk, etc. He also worked for the Radio and Television of Slovakia (Rádio FM, Rádio Devín). He co-authored the publications 3 x S: A Lecture Anthology on 21. Century Theatre (2015), Children of the Revolution (2010), Andrej Bagar Theatre in Nitra: 70 (2019). In 2010 – 2015, he was project manager and later dramaturge at Štúdio 12, and in 2013 was dramaturge at the authorial theatre festival Pro-téza. Since 2020, he is accompanying programme dramaturge and community manager for the Be SpectACTive! Project at the ITF Divadelná Nitra. He manages the Andrej Bagar Theatre library fund. 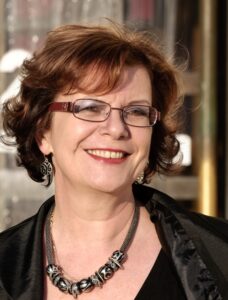 Darina Kárová, festival and association director
Cultural manager and cultural politics expert, founder and director of the ITF Divadelná Nitra (since 1992). In 1975 she graduated in theatre studies from the Academy of Performing Arts in Bratislave. She was dramaturge at the Andrej Bagar Theatre in Nitra (1975−1994), where she partnered on notable productions with director Jozef Bednárik, and at the Slovak National Theatre (1993− 1997). In 1996 she founded the Save Culture Open Forum, in 2004−2007 she initiated and led the Voice for Culture movement. In 1998−2001 she was general director of the Arts Section at the Ministry of Culture of the Slovak Republic. She has received several prestigious distinctions, such as Knight of Ordre des Arts et des Lettres conferred by the French Republic, the City of Nitra Award, and 1st Class Ľudovít Štúr Order for outstanding merit in developing the field of culture.