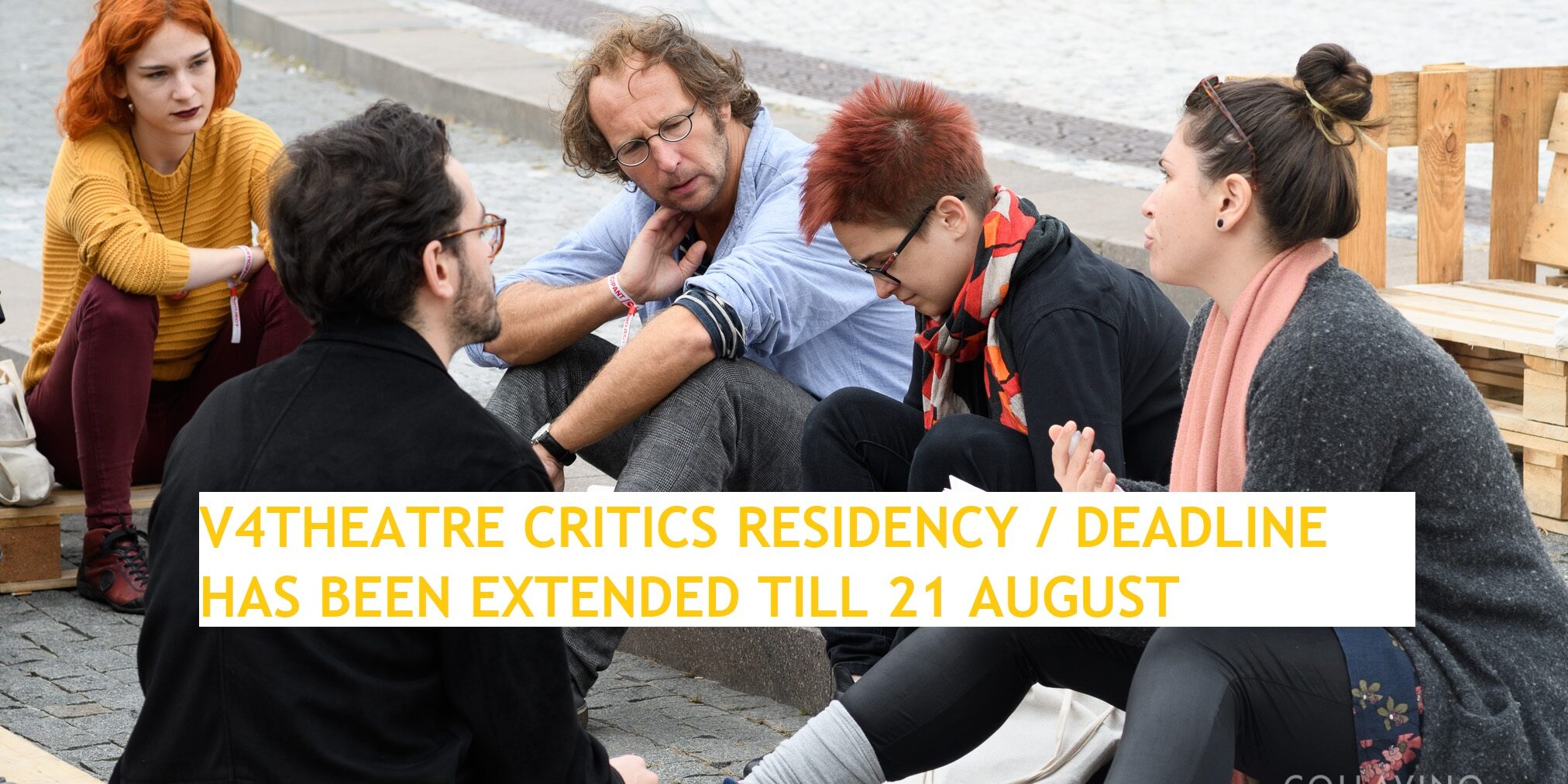 After two years of restrictions, we shall again welcome in Nitra young critics from Central and Eastern Europe in full numbers. The 31st edition of the International Theatre Festival Nitra is much anticipated by spectators and ensembles, along with young theatre critics. Their residency in the town on the foothills of Zobor is part of the V4 @ Theatre Critics Residency project.

The V4 @ Theatre Critics Residency has been implemented by the Association Divadelná Nitra since 2015. The 8th edition will be held during the Divadelná Nitra International Festival scheduled from 23 to 28 September 2022. After two years in COVID-limited mode, we shall offer theatre professionals up to the age of 35 from Central and Eastern Europe an opportunity to spend their time in Nitra in situ. In 2020, they met online, whilst in 2021 we held a hybrid event: we hosted participants from the V4 countries in Nitra during the Festival. Those from further afield met online in November. In 2022, the workshops will be led by a team of distinguished international lecturers. The project partners include institutions from a range of European countries. This year, a number of established organisations and institutions joined in, including those from the Czech Republic, Poland, Hungary, Moldova, North Macedonia, and Ukraine.

Young theatre professionals are invited to apply till August 21, all information and application form are available HERE.

The project V4@Theatre Critics Residency has been supported from public funds by the Slovak Arts Council.

We have also approached the International Visegrad Fund with a request for the project funding.

Cultural events can be organised even in times of crisis
26. October 2020
More News
Go to Top