The festival of freedom in the theatre and on the streets 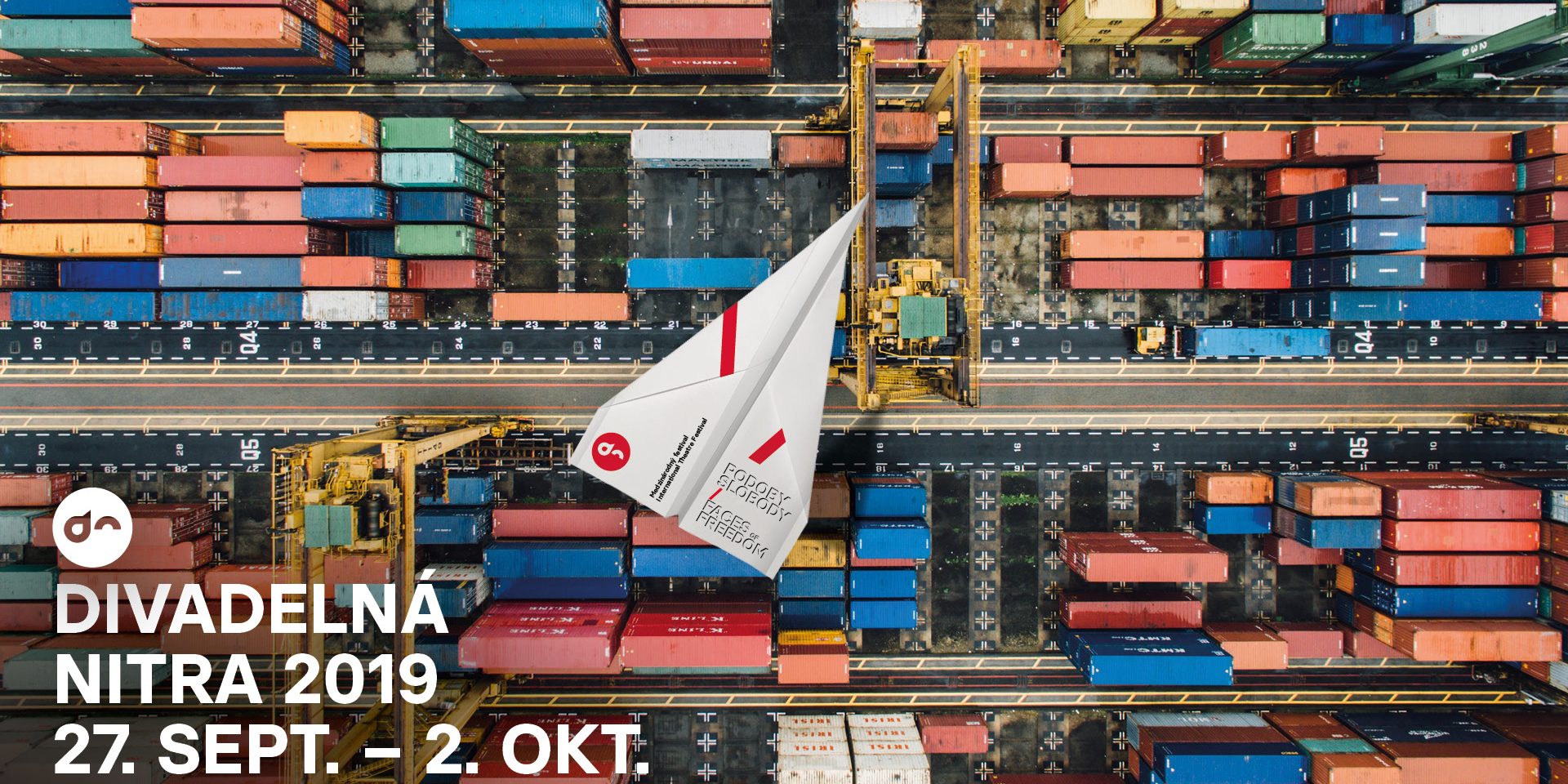 Along with the productions within the main programme, Divadelná Nitra presents a range of off-programme events reflecting the Festival leitmotif: faces freedom. Festival visitors will have an opportunity to speak with interesting guests about (un)freedom when saving the Earth, or – in the Public Livingroom – about freedom of religion, as well as .pod lampou about the freedom of expression and the media. We shall recap all freedoms in Café Európa in The Karol Spišák Old Theatre in Nitra. An additional opportunity to address these issues comes from the Festival partners who will be presenting their work on the square adjacent to The Andrej Bagar Theatre. Passers-by will be invited to write or draw their vision of freedom on the Freedom Wall.

To mark the 20th anniversary of the fall of the Iron Curtain, the Nitra Gallery presents an international exhibition Faces of Freedom featuring 25 artists from 13 countries (12 September – 24 November 2019). The Association Divadelná Nitra shall also participate in the exhibition designed by the curator and art critic Omar Mirza: selected objects, installations or works of performative nature will be on public display during the Festival on the square Svätoplukovo námestie (similarly to the exhibition Newrope in 2016, the Gallery was inspired by the Festival theme).

No less interesting will be additional events, namely the Children’s Aviation Day with an interactive play with freedom airplanes, the Nitra White Night with a Balloon Parade, special Festival section Festival for Children, an extensive programme of stage productions on the square also within the framework of the section Young Theatre, along with film screenings, workshops and events dedicated to sustainable lifestyle.

During the Festival, the Association Divadelná Nitra will run a number of its year-round activities, including the informal learning project for youthHow to Understand Theatre, integration and artistic activities for children within the project A Tulip for You, the object empathy Black Box, a project This Is Art, Too that enables rediscovery of artistic and architectural works in public space in Nitra, an international seminar for artistic reflection for young critics V4@Theatre Critics Residency, international project aimed to facilitate viewer participation Be SpectACTive!, and the project Agora Nitra.

28th edition of Divadelná Nitra will be held in the following venues in the city of Nitra: The Andrej Bagar Theatre The Karol Spišák Old Theatre, Nitra Gallery, Regional Public Learning Centre, The Karol Kmeťko Regional Library, as well as in the Párovské Háje Culture centre, in the Festival Tent and elsewhere on the square Svätoplukovo námestie.