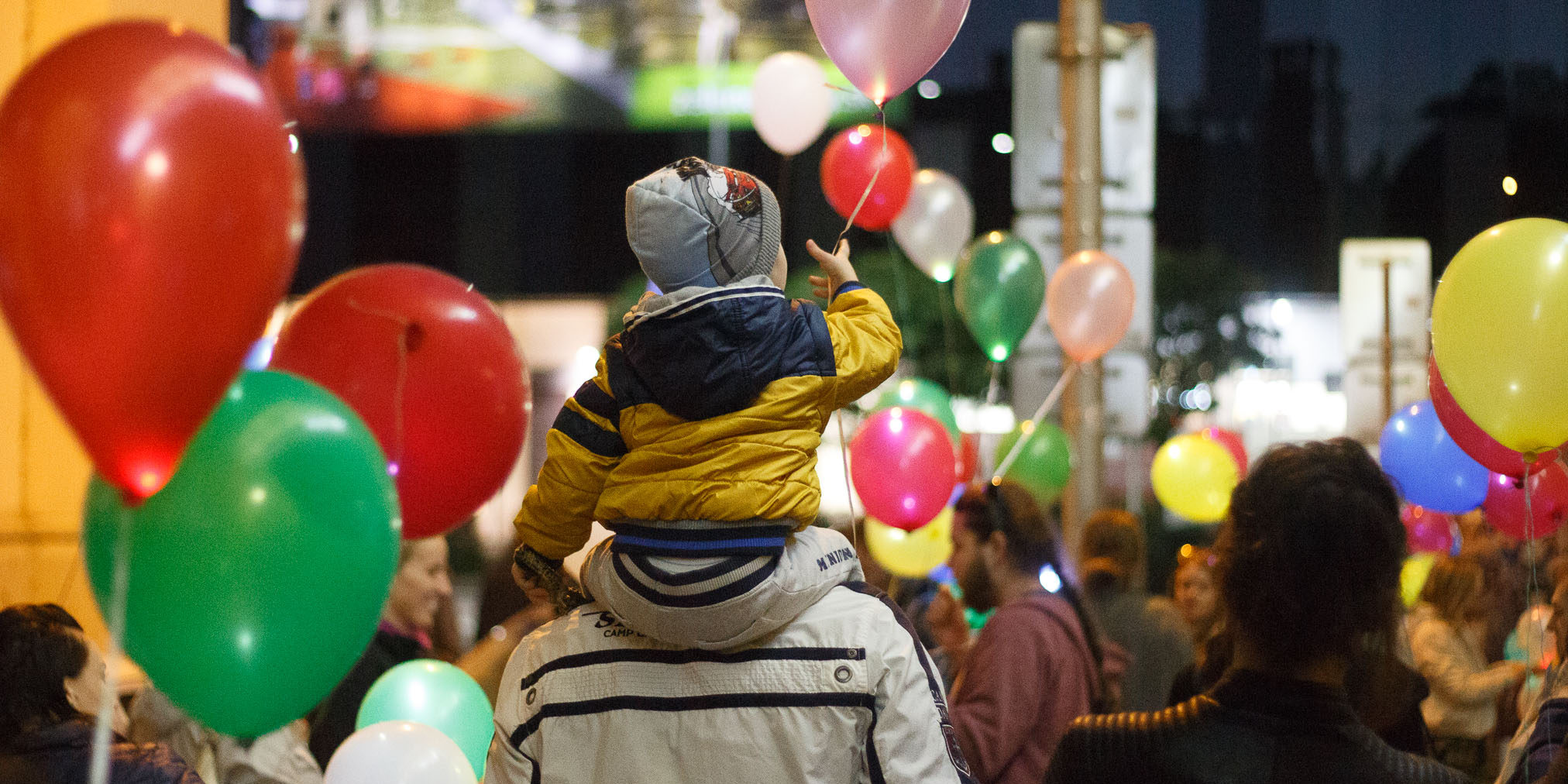 Besides pioneering foreign and Slovak theatre productions, the International Theatre Festival Divadelná Nitra will offer a rich accompanying programme. Almost 60 events for children and adults will follow the theme of the 28th festival year – The Faces of Freedom.

A need to protect nature, the importance of freedom of speech, the indispensability of tolerance and readiness to help. All of these themes find their roots in current events and public discourse, and they will take centre stage in discussions, workshops, happenings, concerts, children’s programme and other events organised at the International Theatre Festival Divadelná Nitra.

“Our reflections will cover various sorts of freedom, civil, artistic, political, the freedom of animals and nature. In short, free society. Theatremakers, personalities from the cultural and social sphere, visitors, partner organisations and co-organisers, children and adults – all have the opportunity publicly and mutually to share their ideas about freedom,” says festival director Darina Kárová. Off-programme events will largely take place on the square by the Andrej Bagar Theatre and at the Festival Tent. All are welcome: festival visitors, locals and tourists alike.

On Friday 27 September, the accompanying programme will start off with theatre performances and events from the Festival for Children section. Plays for youngest audiences (The Bugaboo Tale, Sofia of the Suburbs) will be staged throughout the whole festival, but we are also preparing other activities, including book readings, a concert by Dano Heriban – Something Amusing with an autograph session, film screenings at the Festival Cinema, creative workshops including a fun object building workshop titled TUBEing, a drumming session with Thierry Ebam, a Baloon Parade or a Children’s Air Day, where the youngest visitors will have a chance to build and fly their symbolic paper planes of freedom. All information about these activities can be found under the section Festival for Children.

Discuss and inspire yourself and others

The festival off-program opens its first evening with a live concert by Agi Hlavenková & band, followed by an uncovering of the Wall of Freedom, which will serve as a canvas for passers-by to write or draw their ideas about freedom throughout the duration of the festival. Divadelná Nitra is an ideal ground for open debate, and it will be mostly held at project Agora Nitra’s Public Living Room, built in the Festival Tent on Svätoplukovo námestie. Saturday will see a debate on (un)freedom in saving planet Earth with scientist Mikuláš Huba and Daniel Kopecký from the Czech Environmental Partnership Foundation. On Sunday, it will be followed by the format “A Christian, Muslim and Jew walk into each other…”. To his debate on the (un)freedom of faith and religion, Mário Nicolini invited Catholic priest Felix Mário OFM, Protestant pastor Ondrej Prostredník, Muslim imam Mohamad Hasna and Jewish philosopher Egon Gál. The weekend will betopped off with Café Európa’s Large Public Debate titled ‘The Faces of Freedom’ at the Old Theatre. Moderator Zuzana Kovačič Hanzelová will talk to the Head of Representation of the European Commission in Slovakia Ladislav Miko, former Supreme Court judge and member of the Judicial Council of the Slovak Republic Lajos Mészáros and other guests. Monday’s Public Living Room will see the discussion Freedom Under the Spotlight with Štefan Hríb and his guests on freedom of expression in the media (Martin Šimečka, György Varga and Tomasz Maćkowiak). All of these events are organised within the section Agora Nitra.

A bit of everything

‘Experience, learn, participate’ is the motto a section that offers visitors various workshops and interactive activities. A Tulip for You joins visually impaired children, children of Iraqi asylum seekers and sighted children through a creative and musical workshop. Visitors can experience the typical morning routine of a blind person at the interactive object empathy BLACK BOX. The programme section ‘Experience, learn, participate’ will also feature the experiential workshop You Won’t Get Away with This, communal projects in collaboration with Hide Park Nitra including a clothing swap, a Festival Bike Ride, events at Kupecká or the Living Library. On Sunday, the public will have a chance to see presentations by partner organisations on the square and later join a guided tour of the forgotten works of art and architecture in Nitra organised as part of the project This is Art, Too.

Saturday evening to midnight will be dedicated to the popular Nitra White Night, welcoming visitors at exhibitions and venues in local cultural institutions – the Nitra Gallery, Nitra Museum and Synagogue. It will open and end with a concert on the square. The event will also feature a commented tour of the international exhibition Podoby slobody / Faces of Freedom by curator Omar Mirza, a balloon paradeand performances in the Young Theatre section at the Synagogue.

An exhibition titled Faces of Freedom at the Nitra Gallery (12 September – 24 November 2019), co-organised by Association Divadelná Nitra, draws attention to the upcoming 30th anniversary of the fall of the Iron Curtain. It features art by 25 artists from 15 countries, and some of its objects, installations and performative artworks will be moved to Svätopulkovo námestie for the duration of the festival.

The festival’s off-programme will also include a number of film screenings and concerts. Within the Festival Cinema section, it will screen the films A Travel Permit for Dubček, A Ticket to the Moon, a cycle of short films for children titled PICTURES & SONGS and film selections from the festivals Febiofest and Cineama.

The Concerts and Theatre section will offer a rich musical programme. In addition to the opening concert, visitors can also look forward to concerts by Kiero Grande, Basostroj and Marián Slávka, and a DJ set byGlaxia Soul. Each day will also see theatre performances outside the main programme. On Friday, this will be the play Život is Life by authors Piesyk, Golian and Feldbauer. On Saturday, visitors can watch A Dangerous Game of Red Riding Hood and the Wolf (Teáter Komika of AeRTé c.a. – Levice City Theatre) and The Great Notebook (DRIM, J. Rosinský Arts Elementary). On Sunday, they will be followed by JEDNOSMERKA collective from the Rosinský Arts Elementary with their play What We Wanted (Managed) to Say and NoMantinels Theatre with A Gay’s Story, a Lesbian’s Story. On Monday, the festival will stage three performances in the off-programme – Troy (Karol Spišák Old Theatre in Nitra), @hilma (Roman Poliak, Monika Štolcová) and Swimming Pool (Šimon Spišák). On Tuesday, Gianna Grünig and Roberta Legros Štěpánková will perform their dance duet From Behind Horizons, Indigo.

The festival will also feature activities organised as part of the Association’s other year-long projects. The section ‘Visit at an International Festival’ of the informal learning project How to Understand Theatre will see 15 students from the Academy of Performing Arts in Bratislava and the Academy of Arts in Banská Bystrica attending Divadelná Nitra.

As a festival set on fostering reflection on art both locally and internationally, Divadlená Nitra organises the international seminar for young theatre critics V4@Theatre Critics Residency. This creative platform is intended for participants up to the age of 35 and has grown steadily over the past four years. This year, it will be joined by 18 critics from 11 countries in Central and Eastern Europe, under the guidance of German theatre scholar Stefan Tigges and German theatre critic Thomas Irmer.

Another important project by Association Divadelná Nitra is Be SpectACTive!, actively engaging audiences in the sphere of theatre. It was created at the end of last year and has since taken up several activities. One of these was the creation of the Audience Programme Board, a panel of 31 active audience members from Nitra and its vicinity of various age and profession. Together with the main festival curators, Júlia Rázusová and Ján Šmko, they have recommended five works from the Czech Republic and Slovakia that will be staged in the main programme with the Audience Board’s seal of approval.

The current festival theme – The Faces of Freedom – is underlined by this year’s graphic design, authored by Tomáš Vicen. A paper plane that flies through the world and spreads the vital message of freedom, free movement, willingness to overcome differences between cultures and people and the desire to soar high.

as the Párovské Háje Culture House and at other cultural institutions, at the Festival Tent and elsewhere on Svätoplukovo námestie. Its main programme features six foreign and six local theatre productions, and the festival opens on Friday with a performance of the Czech opera Sternenhoch.

All information about the upcoming International Theatre Festival Divadelná Nitra,

which will take place between 27 September and 2 October 2019, is available on our newly redesigned website www.nitrafest.sk. With its new website, Divadelná Nitra has also launched an on-line ticket sale on 1 August 2019, at: