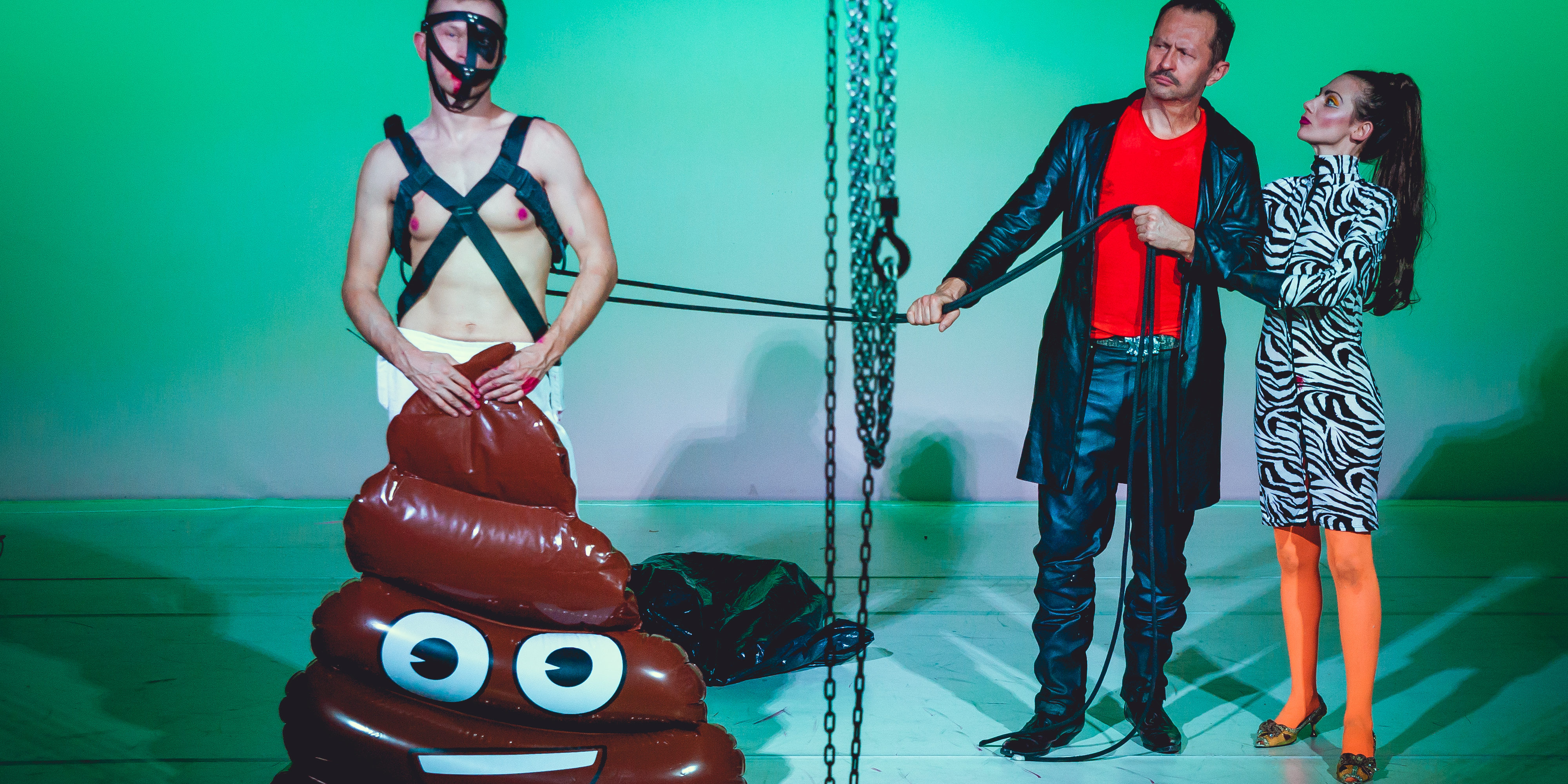 What are the stories told by walls and the two sides they separate? Where is the line between personal freedom and unfreedom? The International Theatre Festival Divadelná Nitra (27 September – 2 October 2019) invited creators who explore the Faces of Freedom interpersonal relationships and offer unusual perspectives. For instance, that of a dog.

The Wall that split Europe. Fences built nowadays by populist politicians. The lines between freedom and unfreedom do not only take physical shape – we carry many inside our minds. Fear, its overcoming and a desire for understanding are the main themes of StoriesofWalls, a production that brings back puppet theatre to Divadelná Nitra after a very long time. The Bratislava Puppet Theatre appeared in the main programme over twenty years ago. It will stage three performances in Nitra – two for schoolchildren and one for festival visitors. The presentations will also include post-performance discussions with audiences.

Acclaimed director Katarína Aulitisová, who steered a progressive course in the dramaturgy of the Bratislava Puppet Theatre, does not shy from exposing young audiences to difficult topics. Stories of Walls, a play for children and adults based on five short stories from Michael Reynolds’ anthology of the same title, is no exception. The stories make reference to 1989, the return of freedom and a renewal of basic human rights. However, Aulitisová’s adaptation adds to them an element of timelessness and makes them accessible to younger audiences. “What is interesting is that some of our borders are invisible to children, and in turn, they sometimes see walls we do not. This raises questions about familial and personal unfreedom. Stories of Walls is a playful piece filled with gentle, imaginative elements,” the play was described by Júlia Rázusová, curator of the Slovak programme section.

The experience is enhanced by the visual style of Markéta Plachá, known for her unique vision of puppeteering. “It is not a traditional piece of puppet theatre but really a very original dramatic language,” adds Júlia Rázusová. “An organic feature of the production is the electronic music of Fero Király, which creates tension and lends the action on stage a timeless character. This was evidently the aim of the creators – not to anchor the individual stories in specific events in history,” observed the professional theatre journal kød. The fact that Stories of Walls has an international appeal is attested by recent awards from Poland – the Grand Prix at the Maskarada International Festival of Animated Forms or Best Director for Katarína Aulitisová, Best Set Design for Markéta Plachá and the Audience Performance Award for the acting of Ľubomír Piktor at the International Festival Walizka.

The subject of personal unfreedom in everyday human intercourse also intrigued Polish film director Agnieszka Smoczyńska, who will appear in Nitra with her theatrical debut HolyNoodle. The production was produced by the independent avant-garde collective Komuna Warszawa, whose experiments hover on the boundary of drama, video installation and music. “Smoczyńska’s films follow the New Wave aesthetic. She entered the world of theatre with an intimate play, whose roots can be placed in the Polish grotesque of the 1970s and 80s, the plays of Sławomir Mrożek and the golden age when Polish drama mirrored current social events and the world around us,” explained the curator of the foreign programme section, Ján Šimko.

Noodle is an always-hungry bull terrier played by an actor, whose eyes let us in on one vacuous relationship between a woman and a slightly older man. This childless pair of creatives who work at a prestigious corporation try to vent their problems with the help of different sorts of therapy and finally resort to buying a dog. But the dog is more a toy to them than a living being they feel responsible for. Smoczyńska stages her tragicomedy Holy Noodle as a minimalist musical that incorporates distinctive contrasting colour schemes, holding up a mirror to the crumbling relationships typical of our modern age. “The creators offer audiences something more than simple entertainment – a blend of original text and songs, distinctive acting and powerful music. The result is on the boundary of slapstick, musical, caricature and comic strip,” adds Ján Šimko. This performance will mark Komuna Warszawa’s first appearance at Divadelná Nitra. Like all of the festival performances, theirs too will be followed by a discussion between creators and the audience.

Besides performances in the main programme, Divadelná Nitra will also feature a rich accompanying programme that reflects on the current year’s festival theme – Podoby slobody / Faces of Freedom.