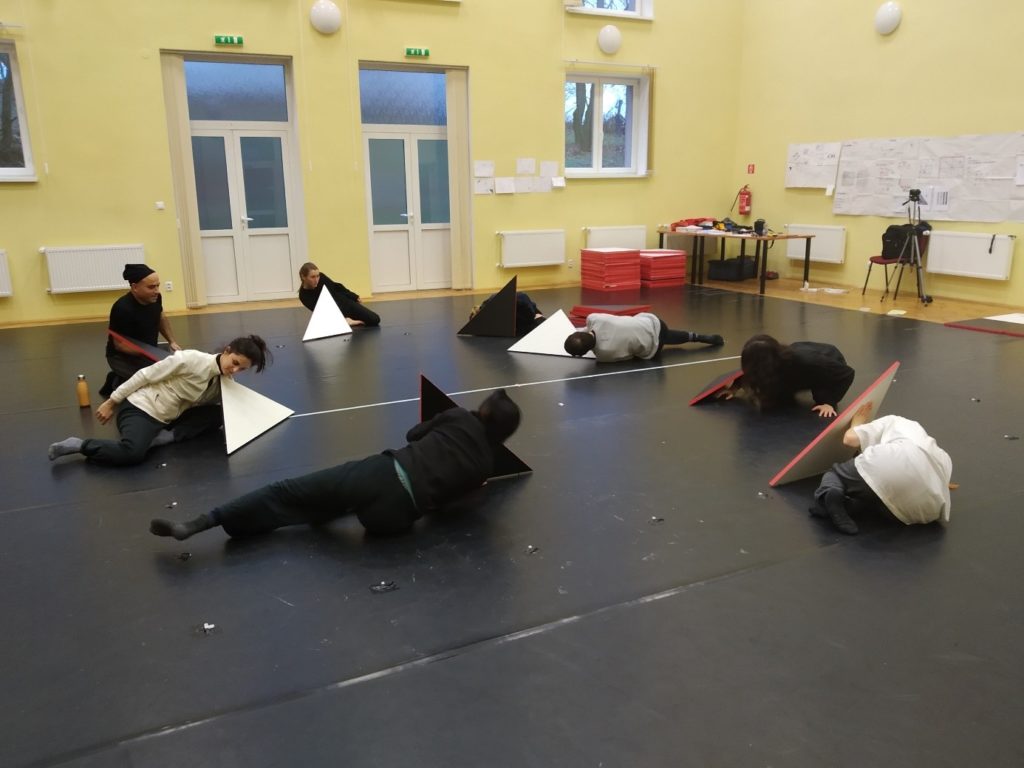 A Creative Residency of an Italian artistic team under the guidance of Alessandro Carboni took place on 1–13 December 2019 in Nitra. Its result will be an interdisciplinary production titled Context, schedule to premiere in July 2020. During two days of their residency, the artists collaborated with Nitra residents (or people who work or study in Nitra or its vicinity) on a workshop basis, later presenting their ‘work in progress’ to the participants and public. During the workshop, participants had an opportunity to become involved in creating one section of the international production with the artistic team. Their primary task was to help document Nitra, their relationship to the city, and other local specificities. At the end, they saw the joint result of the artists’ visit in Nitra

Context is produced in collaboration with international partners: CapoTrave / Kilowatt (Italy), Bakelit M. A. C. (Hungary), Domino Udruge (Croatia), and is part of the international project Be SpectACTive!.

For some years now Alessandro has explored the overlaps between visual art, creative media, and performative art practice. He strives tirelessly to promote the interdisciplinary character of art, focusing on performative and installation projects. He regularly collaborates with professionals from various fields of expertise. Carboni’s work is characteristic by a solid scientific basis, often making use of cartographic and sociological methods of research. He subsequently transposes its results onto the stage, offering a critical reflection of the current world to his audience. The work of Alessandro Carboni has been presented in galleries, museums, and contemporary dance and theatre festivals across the world. Besides his activities as an artist, he is also active academically, for instance at the School of Architecture, Hong Kong; University of Kerala, Trichur, India; New School University, New York; Department of Architecture, Tamkang University, Taipei; Adaptive Environments Research Group/IT University of Copenhagen.