Intense work on productions for the Be SpectACTive! Project 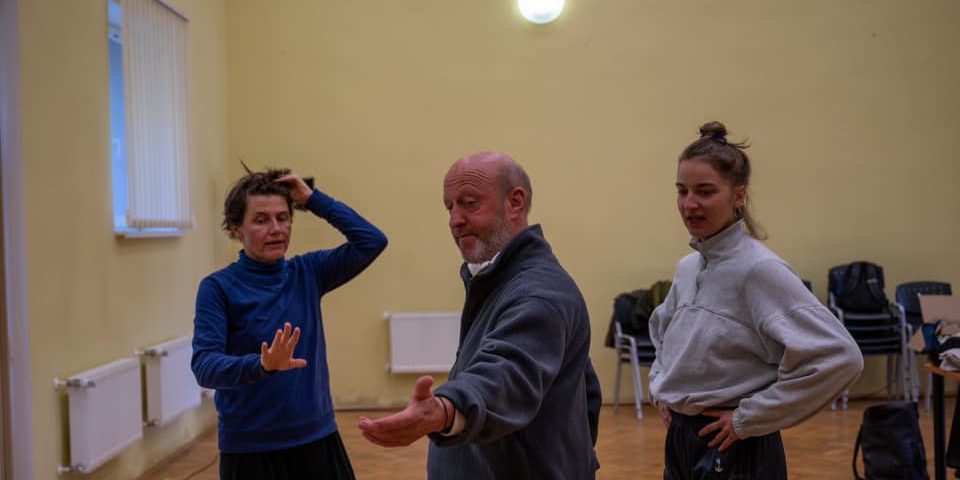 Nitra will soon see the world premiere of a new co-production directed by Slovak choreographer and director Petra Fornayová. Blue is the Colour (or Why Rinse a Plastic Yoghurt Cup if Some People Fly to Thailand Four Times a Year) seeks to answer the question what will convince our spoiled civilisation of a need to change its dominant discourse, interrogating the relationship between the individual’s freedom and his or her responsibility – for society, for future generations, for the environment. Petra Fornayová, Silvia Sviteková and Vlado Zboroň are rehearsing their performance in Párovské Háje Culture House, where the production is scheduled to premiere on Sunday, 3 October.

The teenagers’ dance production ICARUS will be the second world premiere at this year’s ITF Divadelná Nitra made for the international project Be SpectACTive! A group of young performers from Nitra are working tirelessly with their Czech peers under the guidance of Marie Gourdain in Prague from 23 September. Prague premiere took place on 26 September and you may join us for the world premiere of this production in Nitra on Saturday, 2 October.

The Slovak section of ITF Divadelná Nitra’s main programme will be curated by Mária Danadová
6. April 2022
Go to Top