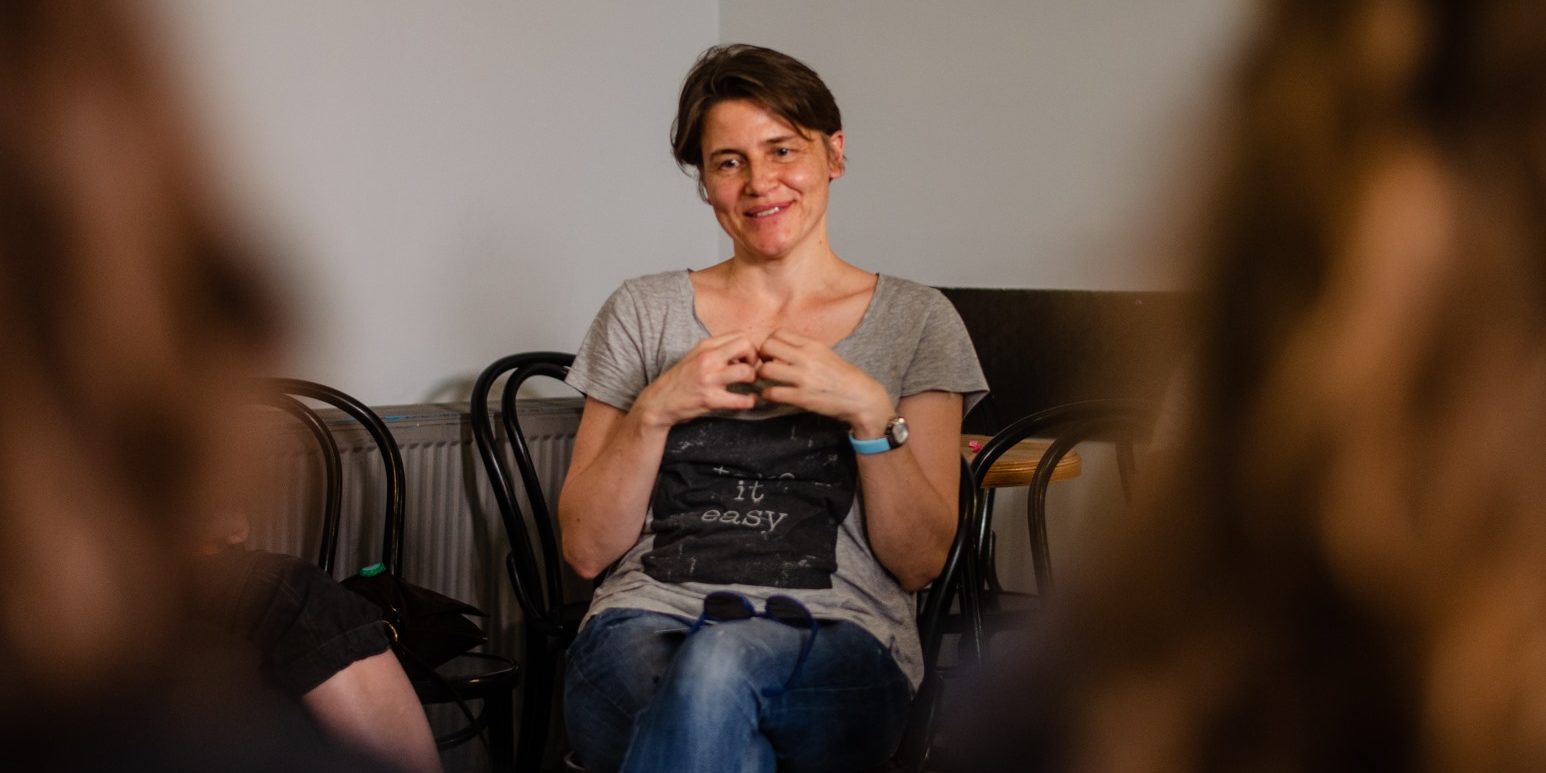 A botanist who wants to evacuate Slovakia and found the first fully–green country without people, or an investor bent on buying up real estate around the Antarctic. These and other characters will take centre stage and show us how we might come to cope with the climate crisis.

A leading figure in Slovak contemporary dance, director, choreographer and performer Petra Fornayová creates a new production with an urgent ecological and moral message. It centres on the relation between the freedom of the individual and his or her responsibility towards the community, environment, and future generations.

Her interdisciplinary piece, tentatively called Zelená je tráva (Green as Grass), was commissioned by Association Divadelná Nitra and is produced for the European Union’s Be SpectACTive! project.

Preparations for the new production, planned additionally to be created at three foreign residencies in Slovenia, Belgium, and Ireland, were suddenly halted by the corona epidemic, and the six-member team only embarked on their first creative visit this week. In Slovenia, they are welcomed by our partner theatre Plesni Teater Ljubljana.

Petra Fornayová will present the results of her and her colleagues’ creative processes and rehearsals at the International Theatre Festival Divadelná Nitra, taking place on 25 – 30 September 2020 and titled territory ethos.

“If apocalyptic predictions about climate change really do come true, even partly, then we are now closer to a dystopia than to some utopian miracle, and the moral law in us will be tested in due time. What will the new society be like – if there even is one? Will the struggle for survival cease or only really begin? How will we perceive the world?” Petra Fornayová tells about the production’s principal idea. Her project was chosen as the most intriguingfrom nearly ten proposals submitted during an open call by Association Divadelná Nitra in the summer of 2019.

The author began theoretical work on the piece last year. She set out to compare various definitions of ethics, studied futurological, sociological, and religious visions about the future of the world. This was followed by hands-on work, when Fornayová sought people with interesting and unique points of view and collected documentary material. She continues gathering documentary material in Slovenia, drawing upon the country’s distinct cultural, social, and political milieu. She has also begun working on specific scenes, ideas, and the script.

All ideas about the future course of the world should materialize on stage through concrete stories inspired by real people. The resulting intermedia work will combine contemporary dance, new media, music, literature, psychology, and fine art.

“The purpose of the production is to ask for what would prompt our spoiled civilization to reformulate its dominant discourse. Will it be private strategies or global political projects? The aim of this work, as of all art, is to utilise different means and – perhaps naively – to change the world for the better, at least a little – by opening the door, as it were through play,” concluded Fornayová, who plans to engage her audience at Divadelná Nitra on stage.

This production is part of the internationally acclaimed project Be SpectACTive!, consisting of a network of 19 European partners. In 2018, the organisers of Divadelná Nitra were the first subjects in Slovakia to join its ranks. This community-based project, funded by the European Union, supports diverse activities and aims to involve audiences and spectators in creative processes.

Petra Fornayová, who has previous experience with participative creative work and guiding collaborations betweenprofessionals and amateurs, now enters the broader field of experimenting with various forms of participation. She will join hands with locals in Slovakia, Slovenia, as well as during residencies in Belgium and Ireland, in her creative work.

“We have the ambition to support Slovak artists in international creative work and foster their establishment on the European culture scene in the long-term,” says Anna Šimončičová from Association Divadelná Nitra, manager of the Be SpectACTive! project.

Led by Petra Fornayová, the production will feature performers Silvia Sviteková and Vlado Zboroň, a set by artist and multimedia creator Jakub Pišek, text and dramaturgy by Peter Šulej, and music by Fero Király. The whole creative team is actively involved in both research and creative processes.