ADN celebrates the World Theatre Day! This is how. 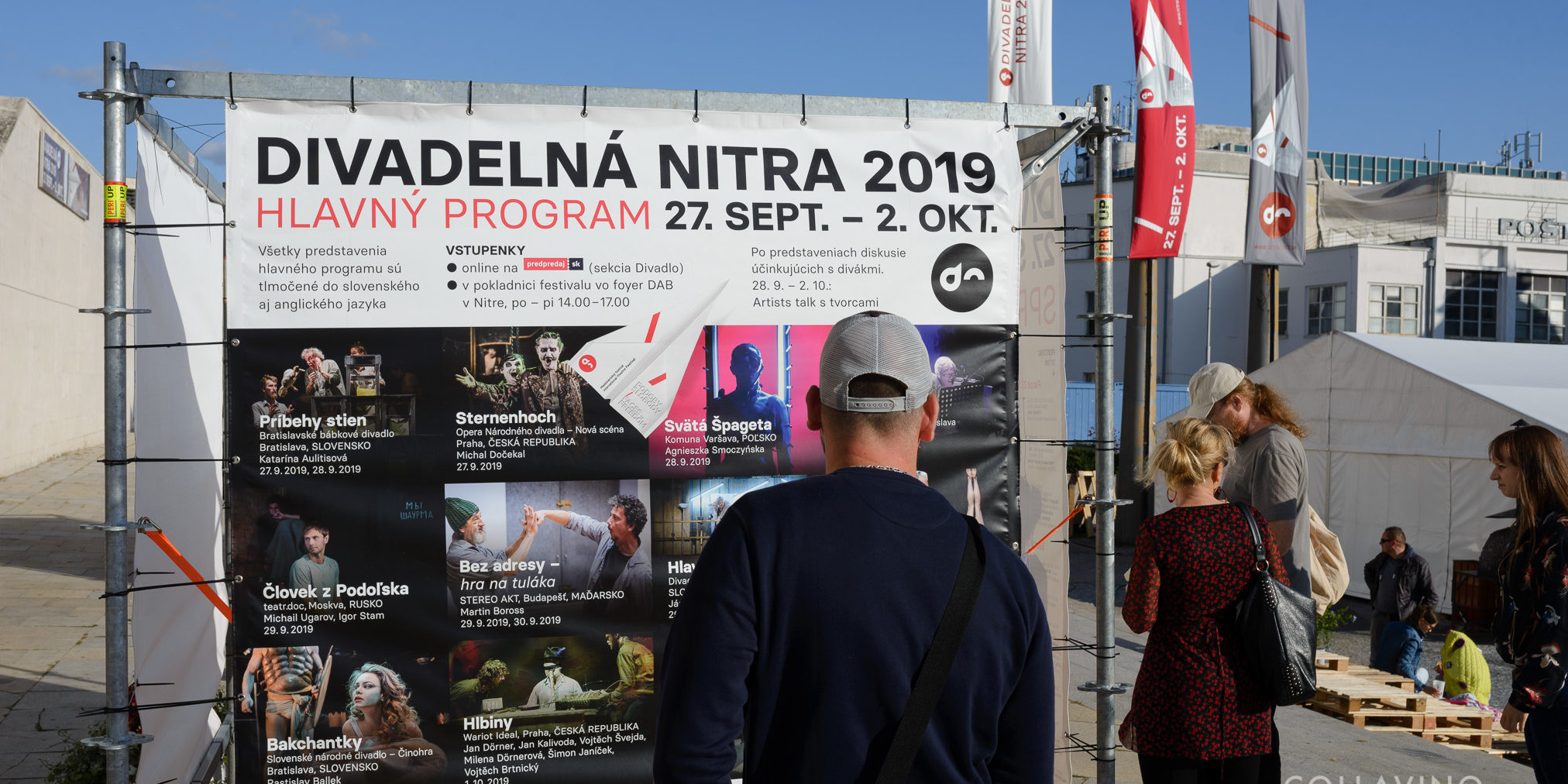 In celebration of World Theatre Day, Association Divadelná Nitra sends its best wishes to all theatres and theatre-makers in Slovakia and abroad. Like many other human endeavours and societal activities at this time, theatre has never before been in the current predicament. Cancelled performances, empty theatre halls, premieres postponed indefinitely. Communication with audiences moved online.

Many of us continue to work in spite of quarantine. We are preparing ahead of times when we meet again – each other and you, our visitors and partners. Work on the International Theatre Festival 2020, titled ‘territory ethos’, continues. We hope the festival will take place as planned on 25 – 30 September 2020. Curators’ duo Ján Šimko and Martina Vannayová are already busy working on a selection of foreign theatre productions. They have currently shortlisted 8 works from the Czech Republic, Germany, Austria, Moldavia, Belgium, the United Kingdom, and Lebanon. Face-to-face meetings of the programme board have been replaced by online discussions, establishing a bridge between Nitra, Bratislava, and Postojna (Slovenia). We have not undertaken our scheduled visits to international festivals in Poland (Generation After, Warsaw) and Russia (Golden Mask, Moscow), both of which announced postponement. In the meantime, we have substituted these with watching performance recordings that theatres have readily offered. 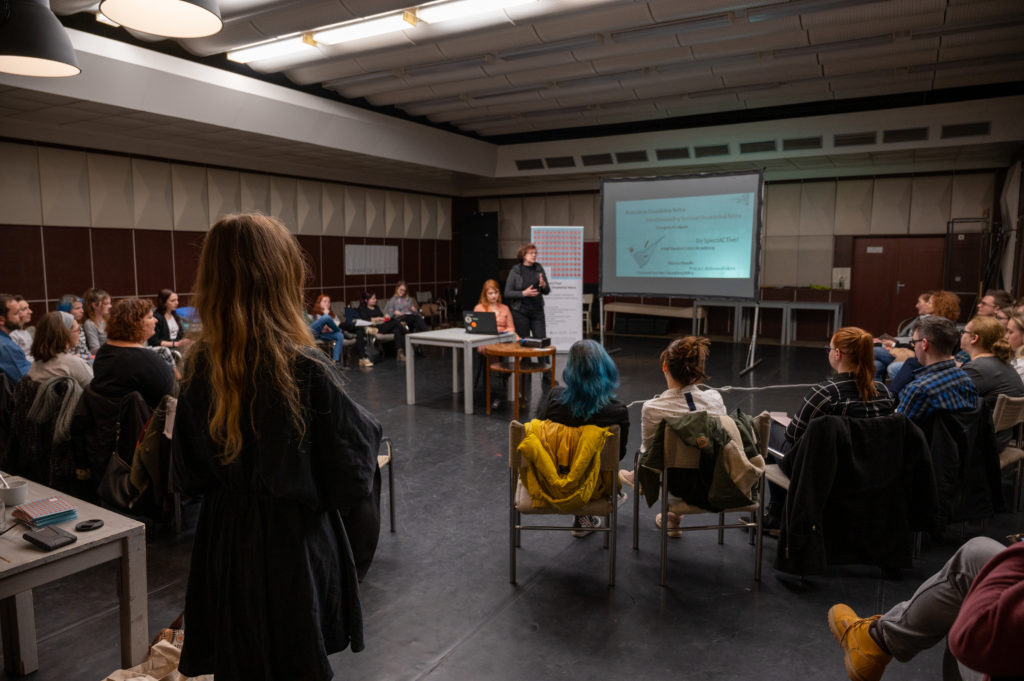 Slovak programme section curators – Monika Michnová, Martina Mašlárová, Róbert Mankovecký, and Milo Juráni – have been working on their selection with equal dedication. The resemblance with the curatorial team of the Slovak theatre festival Dotyky a spojenia in Martin is no coincidence. Even before the announcement of measures connected with the coronavirus epidemic, the two festivals have agreed to collaborate in various forms. Dotyky a spojenia has been postponed until the fall, but the curators have likewise switched over to watching videos instead of sitting in at physical theatre halls. The Audience Programme Board, having grown to 43 members early this year, has similarly tuned into the new online mode. Following their first ice-breaking meeting at the Andrej Bagar Theatre in Nitra, their debates have moved to the virtual world. We shall see how we will manage in selecting our programme and organising Divadelná Nitra and what the coming months and weeks have in store.

So far as the Association’s other projects are concerned, we have decided gradually to postpone all activities – both the learning project How to Understand Theatre and the integration project for physically disadvantaged children A Tulip For You. The international workshop V4@Theatre Critics Residency is planned to take place during the festival, while the community project This Is Art, Too usually starts in summer. We are also working on the online portal www.dnarchivy.sk, as part of the Open Archives of Divadelná Nitra project. 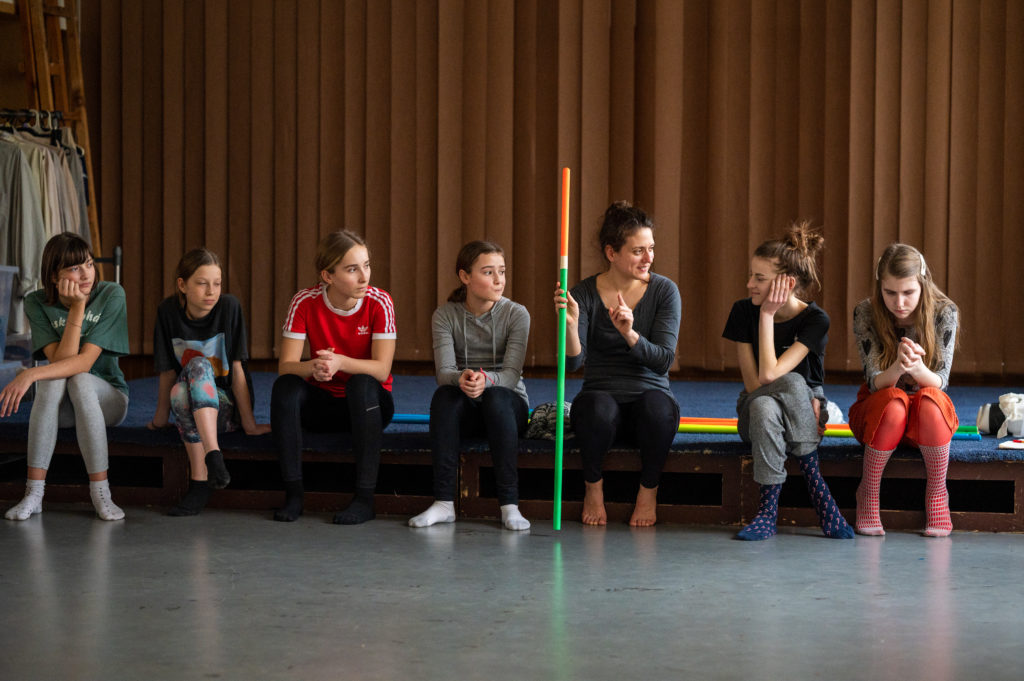 The situation so far has dealt the direst blow to the international project Be SpectACTive!, built on the very ideas of mobility and networking. But work on the young people’s dance production, prepared by a group of teenagers from Nitra and Prague in collaboration with theatre professionals from the Czech Republic, France, and Slovakia, is still on course – all communication now takes place via the internet. The artistic team, consisting of Marie Gourdain, Jaro Viňarský, and Václav Kalivoda, have devoted their time in quarantine to conducting research ahead of upcoming residencies, where rehearsals with the children will begin. They are scheduled to happen during the summer. Preparations likewise continue on a production by Slovak creators under the guidance of dancer Petra Fornayová, who have, however, had to defer their planned residencies in Ireland, Belgium, and Slovenia. Both productions will premiere in September at the International Theatre Festival Divadelná Nitra 2020.

Once again: Happy birthday to you, Theatre! Though you have been on the face of the earth for a couple thousand years, we hope you are by no means a species endangered in the current situation and that you will in time return to your spectators and fans in even better health.